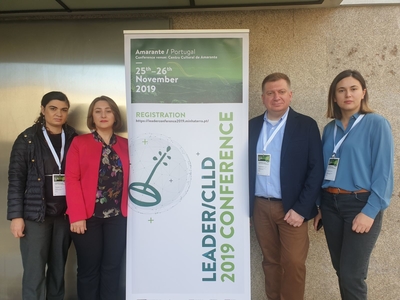 This year’s ELARD annual meeting held in Portugal was especially important for Georgia as after lots of efforts the Georgian Association of Local Action Groups (GALAG) was recognized as a member of the European LEADER Association for Rural Development (ELARD). The mentioned event that took place in the city of Amarante, at the LEADER /CLLD 2019 Conference, can be declared as a historical moment without any exaggeration. From the Georgian side, the ELARD meeting was attended by the Tetritskaro, Akhalkalaki, Kazbegi, Tskaltubo and Keda Local Action Groups (LAGs) and the representatives of the Association Rural Development for Future Georgia (RDFG) and People in Need (PIN).

On a behalf of implementing partners and involved LAGs, RDFG officially presented the Georgian Association of Local Action Groups (GALAG) to the general assembly and symbolically proposed to consider the GALAG’s application to become a member of the ELARD. Vano Grigolashvili, RDFG chairman delivered a speech about the activities GALAG is implementing and emphasized the importance of the LEADER approach for Georgia’s rural development:

“Despite many obstacles, Georgian LAGs and its network demonstrated impressive achievements within quite limited time and proved the effectiveness of the model for rural development efforts in Georgia. The existence of GALAG in ELARD is very symbolic in terms of Georgians’ passion to return to their natural position in the family of European nations”. 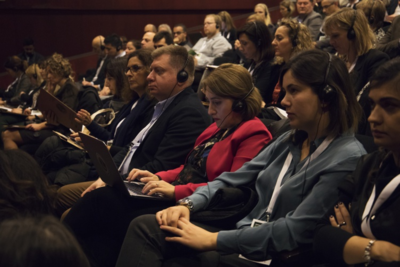 The ELARD meeting began on November 25, 2019, with an introductory members workshop on the state of the art of LEADER/CLLD implementation and the preparation of the next programming period in the Member States and continued the next day with the LEADER/ CLLD 2019 Conference. Within the event, RDFG representatives had an opportunity to take part in the workshop on Challenges and Opportunities Regarding LEADER/CLLD in post-2020. Silvia Michelini – European Commission DG AGRI, Merja Happakka – European Commission DG REGIO, and Andrea Leruste, European Commission, DG EMPL participated in the panel discussion reacting on the keynote presentation and previous panels and debates. Moreover, at the end of the national assembly, ELARDS’s news president Maria João Botelho (Portugal) and two vice-presidents – Kristiina Tammets (Estonia) and Marion Eckardt (Sweden) were elected.

ELARDS’s new member from Georgia – GALAG is supported by the EU within the European Neighbourhood Programme for Agriculture and Rural Development (ENPARD). It comprises eight Georgian LAGs from Borjomi, Lagodekhi, Kazbegi, Dedoplistskaro, Tetritskaro, Akhalkalaki, Keda and Khulo municipalities. It is a conduit for information exchange and learning across the country and acts as an advocate for community-led local development with key state and non-state actors and facilitates the development of integrated, participatory and sustainable rural development in Georgia.